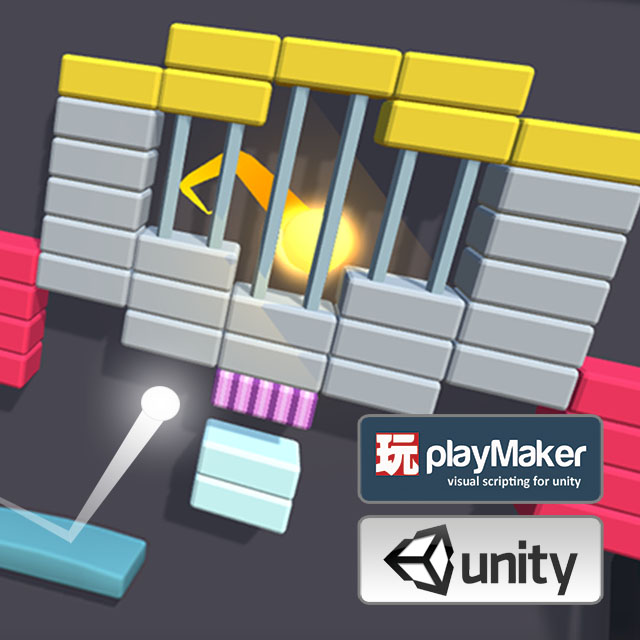 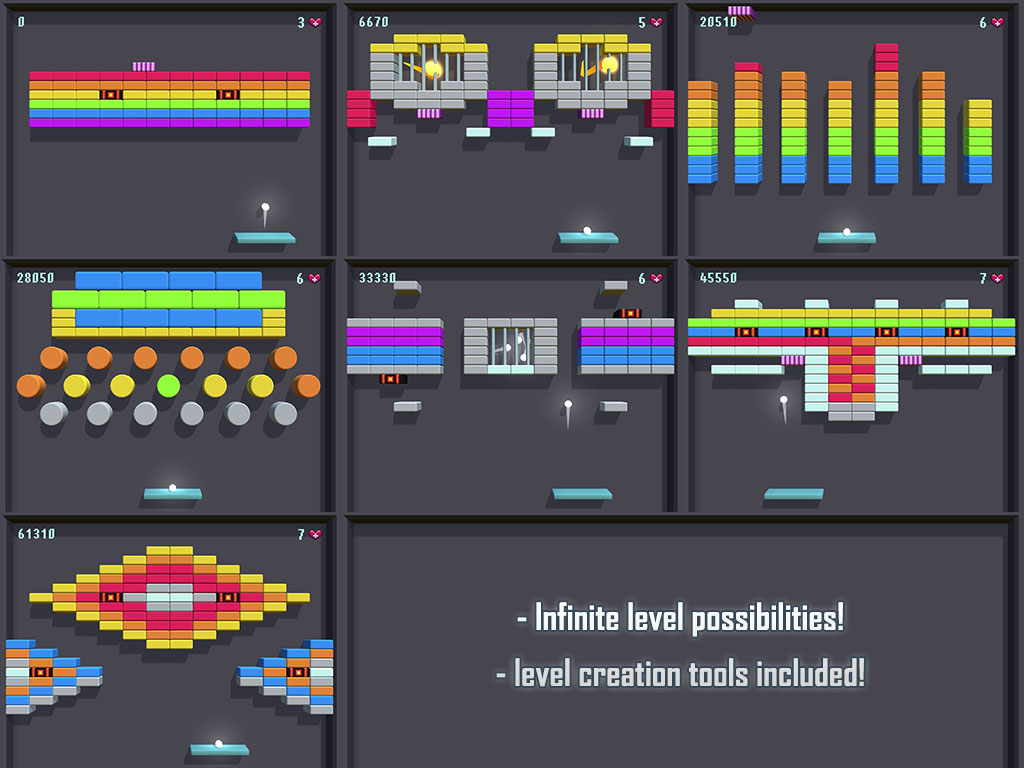 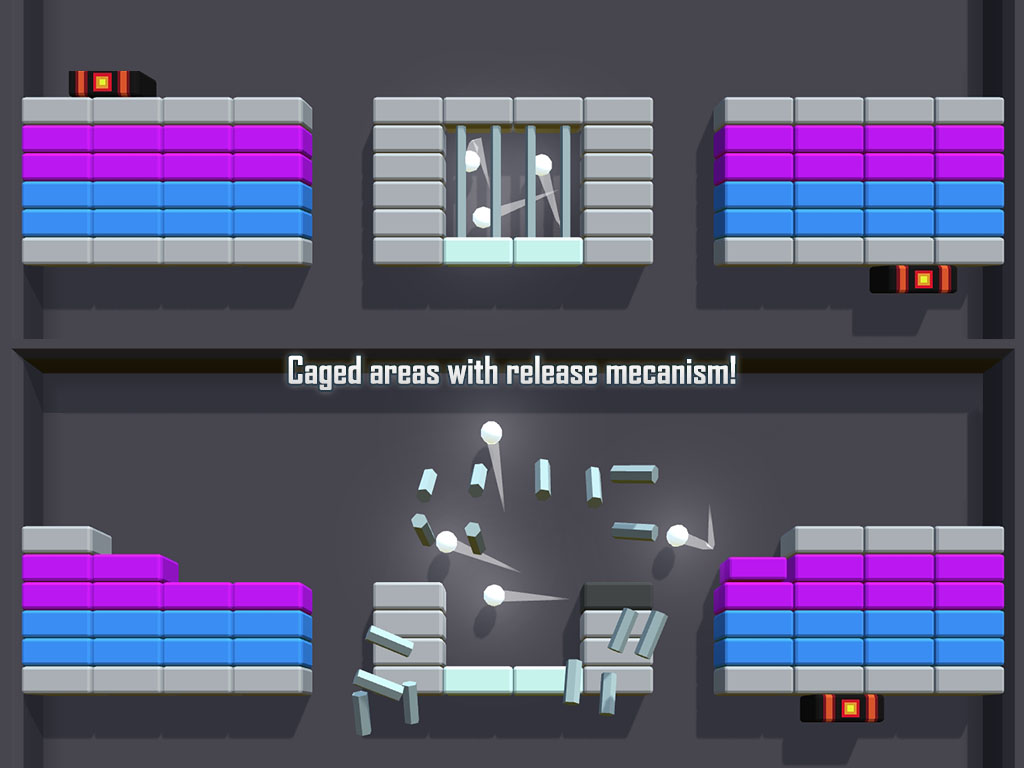 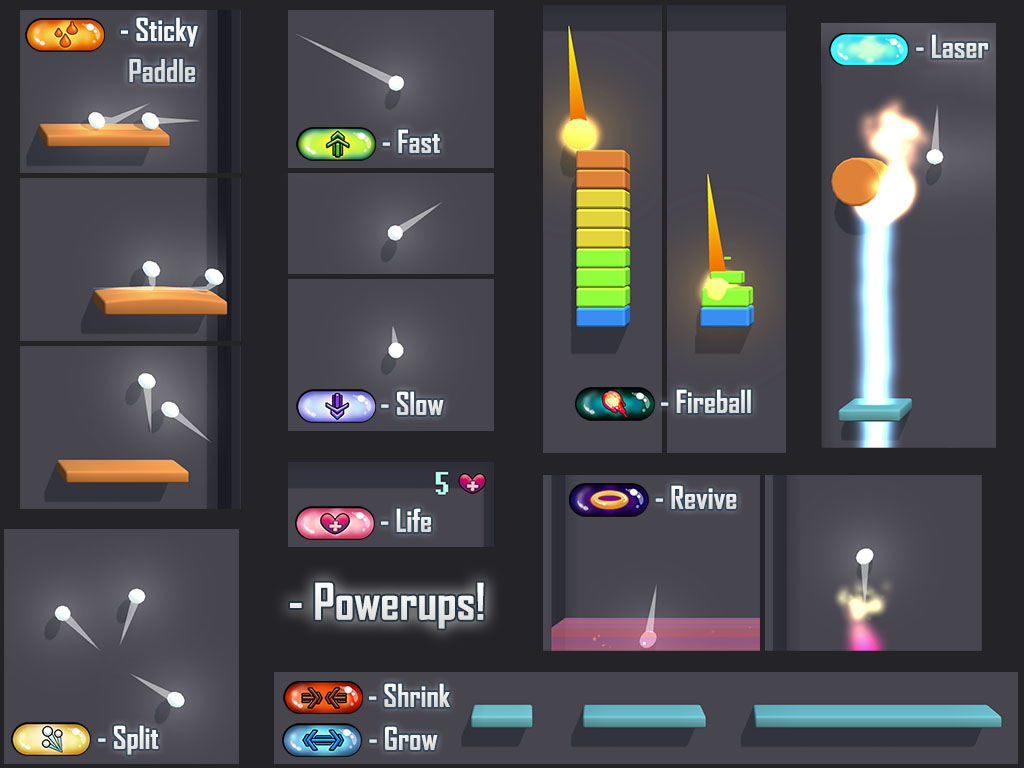 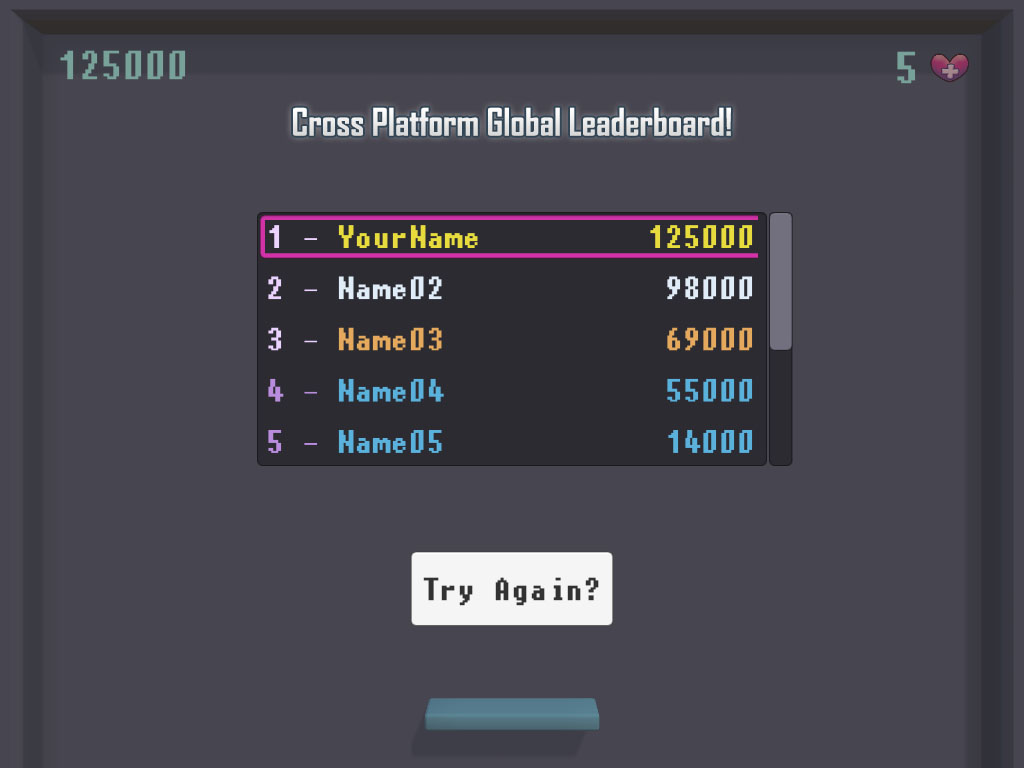 The most advanced breakout experience on the Asset Store has arrived!
Finely tuned controls, a multitude of powerups and brick types, simple level creation tools and excellent performance make this one of our most awesome game templates yet!

Sample Android APK
*Remember to toggle shadows off on older devices via the button in the top left of the demo.